Now that VR headsets are being made available to everyone at affordable prices there is an increasing demand for VR content. Developers are struggling since there is no standard way to generate this VR content and it is not easy to reach all of the potential viewers. In order to make VR a success, we need to provide the audience the content they eager to see before they lose interest and excitement in this new media.

Thanks a lot to Borja Morales (@reality3d) for his great help and support.

There are already a lot of people generating amazing 2D and 3D content using offline renderers. Extending their work with a VR reality camera that outputs pre-rendered VR videos would have the following benefits:

All of these advantages make videos generated with an offline VR camera to be the easier method to distribute VR content among our audience.

Unfortunately, by now, this also has some disadvantages:

You can get the camera code and binaries from here:

The following is an Oculus VR camera implementation built for the Arnold renderer, a Monte-Carlo unidirectional path-tracer developed by Solid Angle. The implementation is simple, basically two cameras offset by a distance with a specific 360º projection. But there are some important steps to avoid artifacts and to expose to the Developer some convenient parameters that will provide him the flexibility to work in different scenarios.

Here is the full list of attributes for the Oculus Camera: 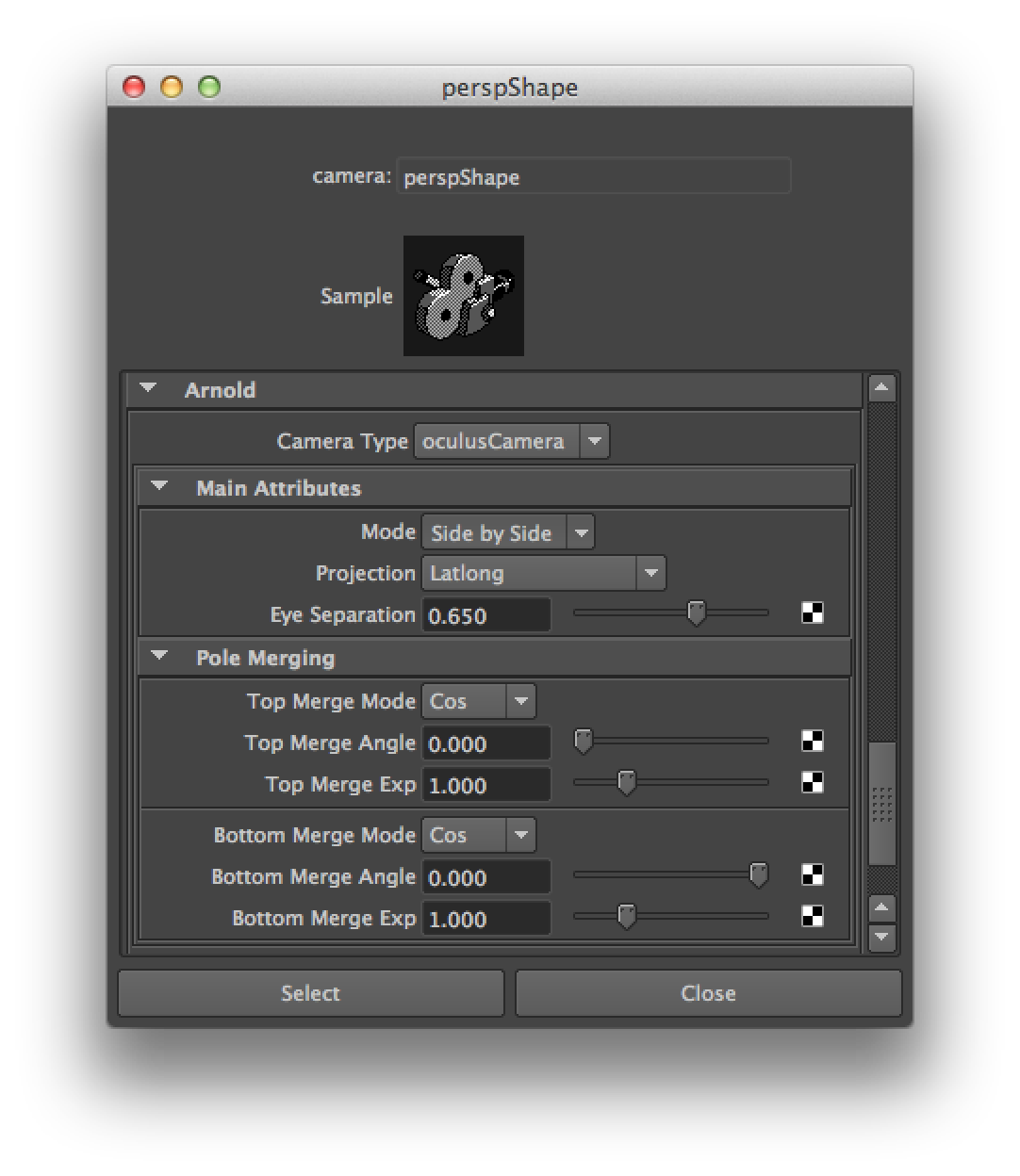 There are four mode options available so that you can get the result that better adapts to your pipeline. 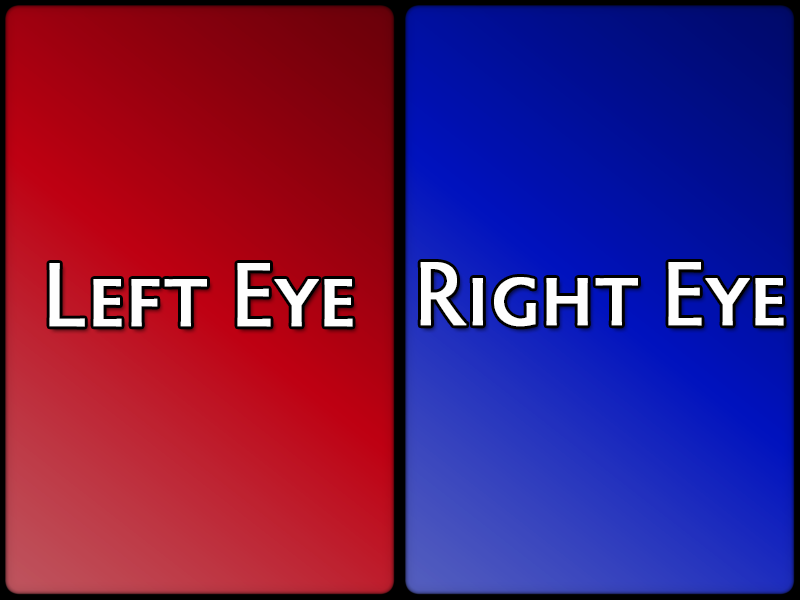 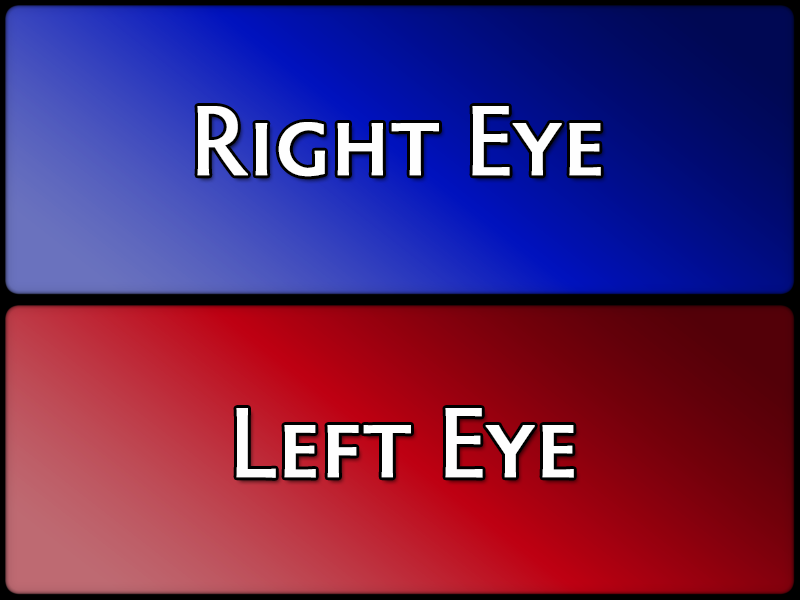 Depending on the selected projection, and options, each sample will correspond to a ray direction so that all of the space around the camera is completely covered. 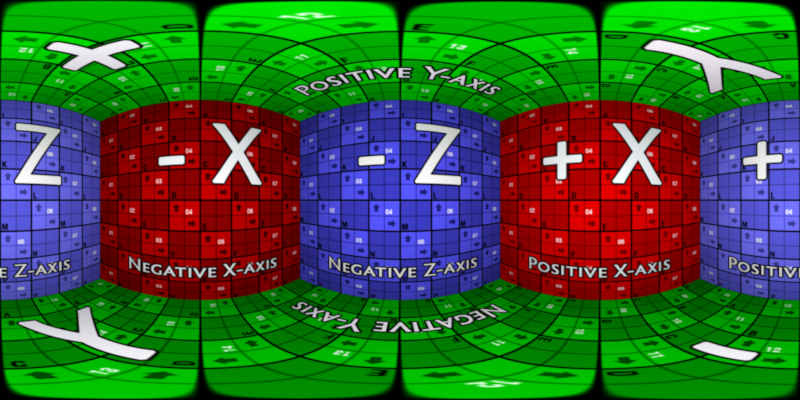 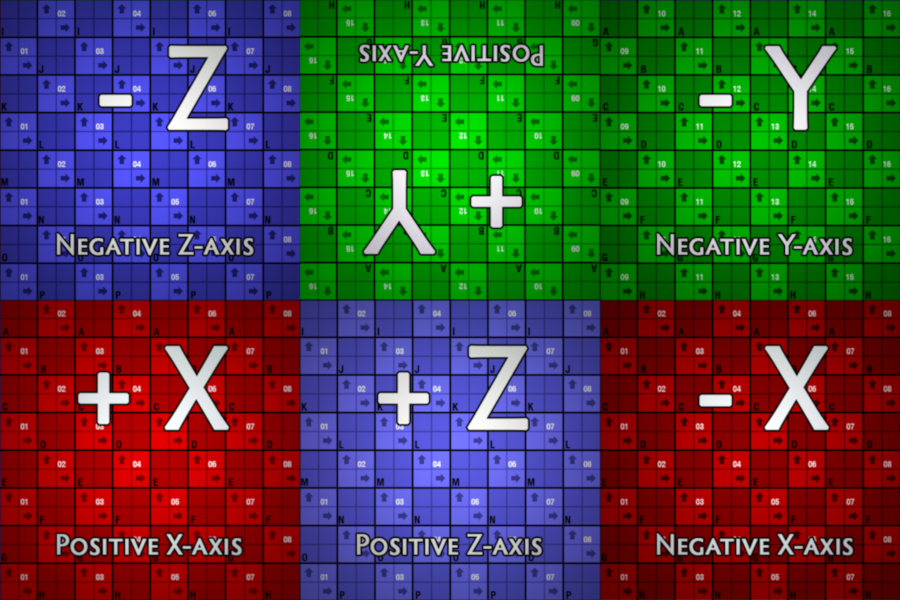 Here you will find an explanation about the NVIDIA Cube Map format.

Thanks a lot to Mirada Studios CG Supervisor Julian Sarmiento, that helped a lot to define and test the 3x2 Cube Map format.

The 3x2 Cube Map has the advantage of better aspect ratio images and that it has four planes (positive X, Y and Z, and negative X) that are contiguous as you can see in this image: 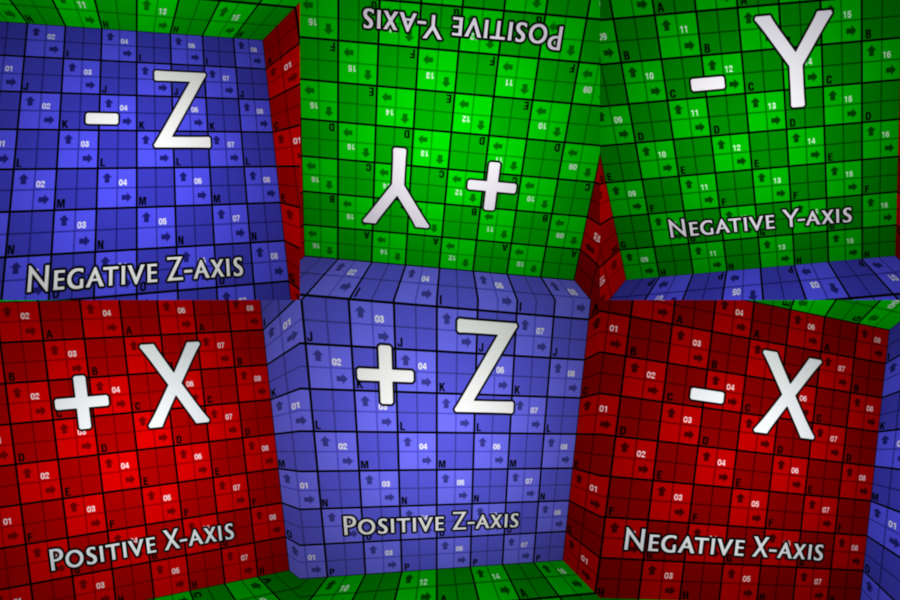 Defines the separation between the right and the left camera, needed to achieve a stereoscopic effect.

The camera origin position is updated for each sample and displaced from the center perpendicularly to the ray direction. Here is a picture explaining this. 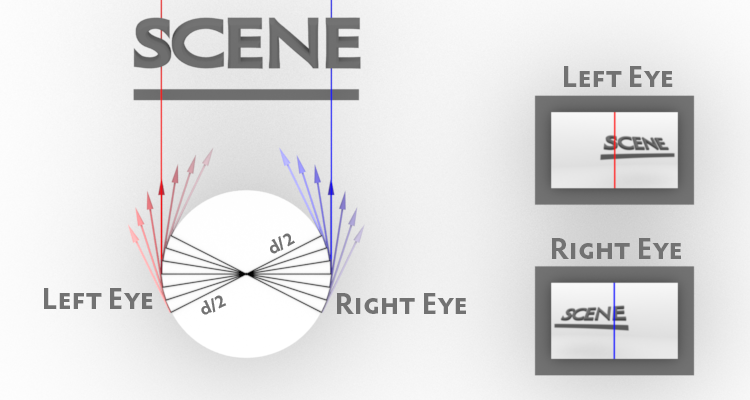 Doing this per sample level and not per pixel creates a better result than using two physical cameras. 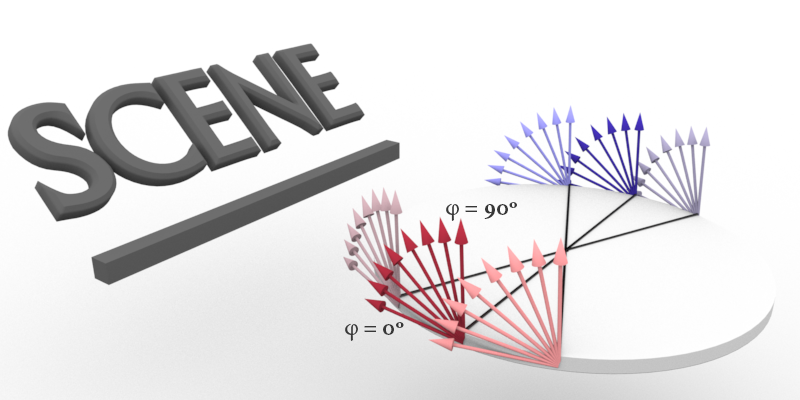 And here you can see an example of how poles look like in this case: 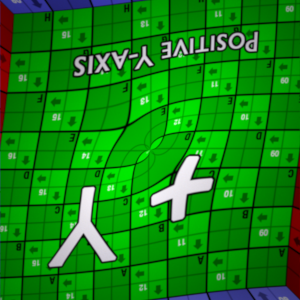 We can fix these artifacts by smoothing the camera displacement when rays point upwards or downwards. This solution will remove the stereoscopic effect in the poles, but in practice, it is not very noticeable. In this case, the camera rays will look like this: 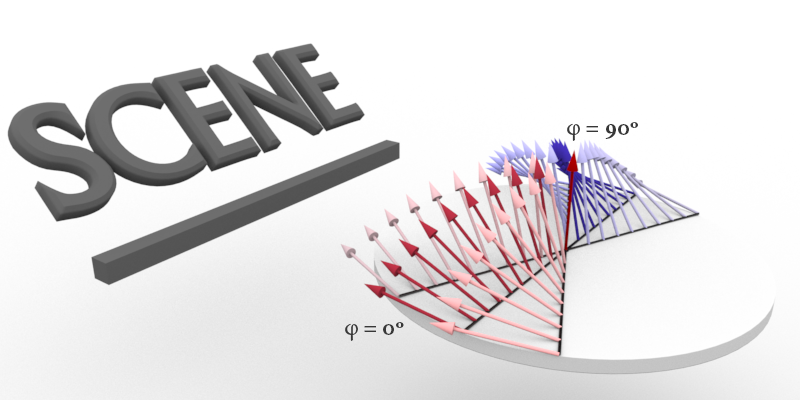 The pole merging will generate a result like this: 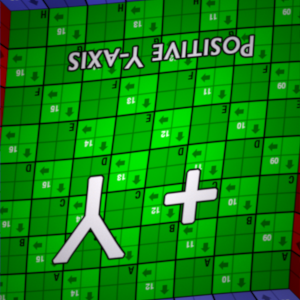 Different settings are provided to control this pole merging so it can be adjusted depending on the scene.

First, top and bottom poles parameters are independent as they could have different requisites in your scene. For example, the pole merging at the floor might need to be very smooth if it has lot of detail, but top merging can be more aggressive if it has a flat color, giving the upper hemisphere a more relevant stereoscopic effect. An aggressive merging at the top will look like this: 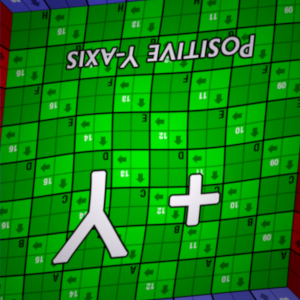 Additionally, the Oculus VR Camera exposes three parameters to define the merging function. Usually a Cosine function (Cos) will be smoother and less prone to artifacts.

Defines the angle in degrees from where the merge starts to take effect. The nearer the angle to the pole (90º top or -90º bottom), the bigger stereoscopic effect you will see below it, but the most probable artifacts will appear at the poles.

Below you can see the difference between a start top angle from 0 to 80 using a cos merging function:

When using the Cosine (Cos) function of the Merge mode, Merge Exponent will raise the Cosine function to the power defined in this parameter. In practice, it defines how fast the merge will take place in the merge poles interval. Here you can see some example values:

To maximize the stereoscopic effect in the scene while avoiding poles artifacts, the top and bottom poles can be adjusted independently to better suit the specifics of a scene.

The artifacts at the poles can be of two different kinds:

The single image you see from an eye has some deformations at the poles. Perpendicular lines do not meet at 90 degrees. These artifacts tend to appear as you increase the Merge Angle. Some examples: 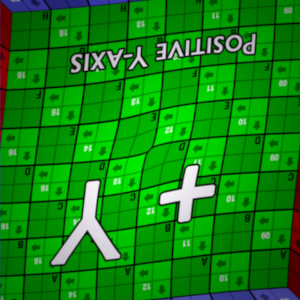 If you increase the Merge Exponent to avoid deformations as a result of a high Merge Angle value, you might find stereoscopic artifacts. Here if you take a look at a single eye image, you might see a different distortion, but when you see both right and left images you will notice a circular wave on the pole. Here is an example: 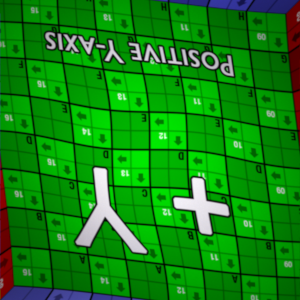 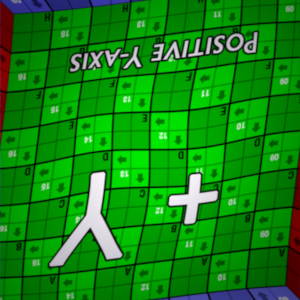 The workflow that works for me is the following:

Making this video was pretty easy. The following was done:

The final video can be seen here:

Derived projects from this video:

Just now, translation movements of your head will not have a response in the stereo images you are watching. Creating a method that will simulate this parallax effect when you move your head will have the following advantages:

Anyway, it will also have some disadvantages:

Here is a video of my current investigation about this problem:

Combining pre-rendered videos with real time engines could give the best of two worlds: Highly detailed and realistic environments with interactivity.

Maybe the first logical use of this could be a stereoscopic cubemap for far away environments and realtime models for near and interactive objects. But once that is done, probably more complex and advanced uses could be achieved.

The main challenge in this scenario will be to make a seamless integration of the offline and real time assets. But if done correctly, results could be amazing even using modest machines. This could bring a new experience to users, something between games and films.